Narration by Ferdinand Berger (2917-2004) about the Dachau concentration camp

My admission was done in a typical way: first the pictures, then to the bathroom. Here too, I followed the advice - always in the middle. So I could observe that all who sat down on the photo armchair in front of me jumped right after the photo as if bitten by a tarantula.

Consequently I sat down on the edge of the chair and got up immediately after the last picture and turned around - a needle of about 20 cm in length protruded from the seat, which the SS man, who sat behind the camera, was operating via a foot pedal. This needle has caused bad injuries to the buttocks and the anus, which have healed poorly, especially because of the conditions in the camp. That did not happen to me. [....]

Nevertheless, one should not imagine life in Dachau as if there was no way to brake the rules.We did that too. For instance it was important to give extra food to the sick inmates in the infirmary - the detention barrack for the sick- even though we knew it could lead to the most severe penalties. 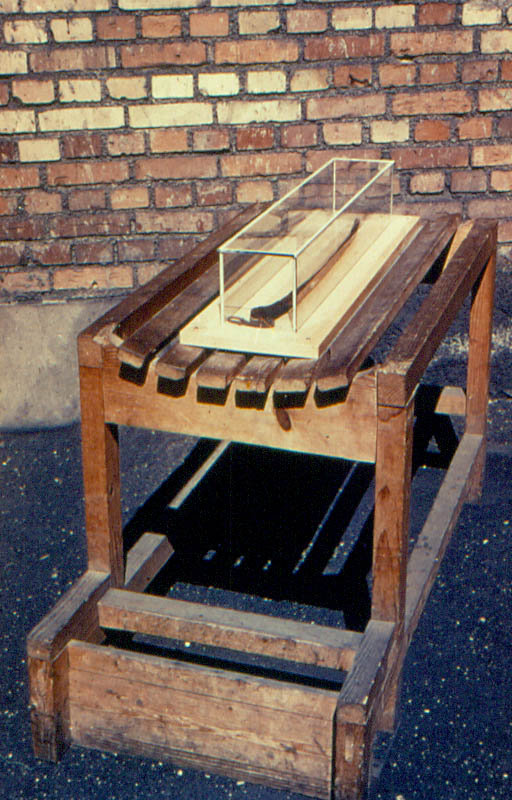 Camp penalties included the flogging on the "Bock". The inmate had to lie down on a wooden frame and was whipped by two SS-men with ox-whipps on his bare buttocks. The skin would burst and after the whipping an SS-medic splashed iodine over it. Each of the SS men had to strike 25 times and the inmate had to count loudly. An interruption of the count-in would lead to the restarting of the procedure. Later, in Flossenbürg, I once recived the flogging punishment with five strokes. [...]

to the end of his life.

Despite this threat, we have always found ways to help each other. In the time I was assigned to the SS-chamber - the material supply station of the SS - I could take advantage of this position, since I could decide, for example which shoes to give and the SS people knew that the shoes they received were better when they put a sausage or piece of bread in their old shoes. In this way we could organize additional food rations. When I was a block clerk at the kitchen block, I once carried six bars of sausage in the waistband across the roll call place to our block. Had that been discovered, I would have been severely punished. You can imagine with what fear I went across the roll call place. [.......]

One of the worst things in the camp was the constant feeling of absolute lawlessness. The fear of punishments and the loss of contact with relatives and friends, but also the fear of death and the loss of hope to ever get out of the camp, all were fading with time. What remained was the absolute lawlessness. An example might make that more understandable. If an inmate met an SS man, he had to take his cap of his head and stand to atention. We have always tried to avoid encounters with SS people. One evening, after dinner, I was walking down the Lagerstraße (camp road) and in a place where I could not turn arround and disappear, I ran into an SS man . He waved me over and pulled a knife out of his trouser pocket. The thought flashed through my head: "He will not stab me on the camp road - that never happened in Dachau before." He neatly cut my inmate jacket buttons one after another, threw them at my feet, and said, "You dirty sow, why don‘t you have buttons on your jacket? In ten minutes, you'll report back o me with sewn buttons!" I ran in the block and managed to report in time with the buttons sewn on. He gave me a punch in the face and a kick with his foot and said, "let this not happen again." This lack of any justice was the worst - to suffer the absolute injustice or to see how it was done to others without being able to do anything about it. [...]

Mid-1944: In the office I heard from a friend that I will "go with the transport" and together with three other comrades - Austrian Communists - (Franz Freihaut, Bruno Furch, Edi Riha) will be transferred to the concentration camp Flossenbürg. 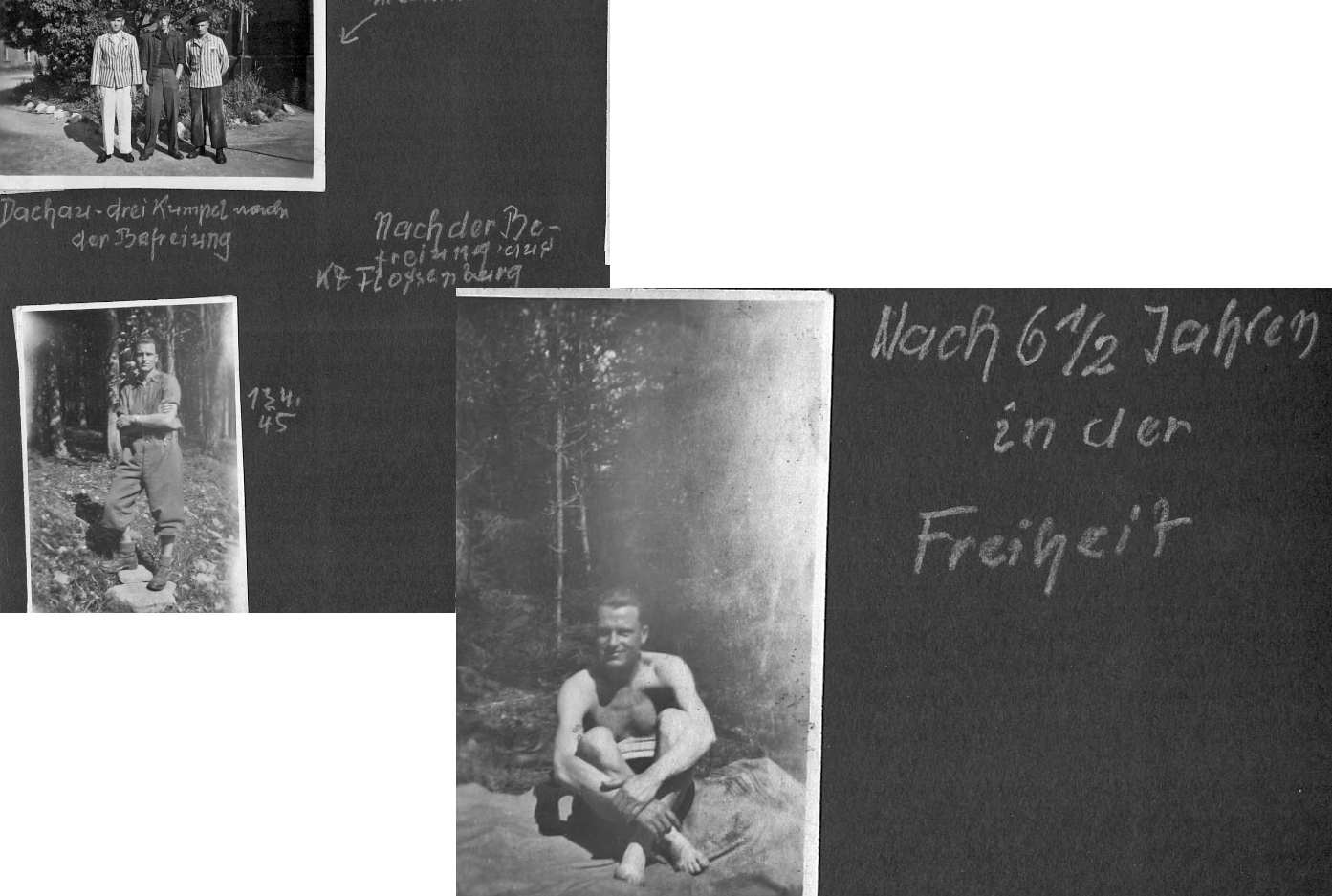 Memories of the 2nd and 3rd generation

For Ernst Berger ([Ferdinand Berger's son, born 1946]), the life of his father as a resistance fighter is an important point in their relationship ... "One point that illustrates such early relational elements is the fact that he shaped my education in such a way that should be able to survive a concentration camp imprisonment, should such a thing happen again ... These were the basic principles of education ... order, self-discipline, constant self-reflection of one's own behavior: why do you do something, how could you do it differently and why ?. .. "

From the interview with René Berger [Ferdinand Berger's grandson, b. 1972]: "First of all, I think it has been very practicall for me that there was a generation in between.

Because my grandfather was very demanding to my father - having a somewhat patriarchal relationship. For me, this was already somewhat resolved [...] For me, my grandfather was never, so to speak, a person whom I have seen exclusively through a Dachau perspective . He saw himself very much as a former concentration camp prisoner, and his whole thinking was shaped by the fact that he knew how atrocious people, menkind can be. "

With the occasion of the birth of his first daughter [Ines, b. In 2002] he wrote a letter to her: "Where do we come from? First of all, a good part of you comes from fighters who seldom chose the easiest way [... ..] When I was born, he was the perfect grandfather. [...] I like my grandfather and have a very special relationship with him. It is clear that he is more of a pessimistic and quick-tempered character, shaped by the experiences from the war. But he is a great guy. " 2) The worst - the absolute lawlessness. In Monika Horsky (ed.) "You have to talk about it" Ephelant Verlag 1988