Invitation to the anniversary

On April 27th, the Dachau Memorial opened the special exhibition "Names not Numbers" - Dutch Political Prisoners in Dachau Concentration Camp. Sydney Weith, 21 year old, talked about former inmate Ernst Sillem, whom she met when she was 16. One could almost feel the close connection with the guest of honor sitting in front of her.

David O. Solmitz in a conversation with Dr. Ing. Gabriele Hammermann, director of the Dachau Concentration Camp Memorial, will talk about life with his father Walter Solmitz who, due to the November pogroms, was imprisoned in the Dachau concentration camp from 10 November to 21 December 1938.

The event will take place at 7 pm on Wednesday, November 14, 2018, in the visitor center of the Dachau Concentration Camp Memorial Site. The event is free, no prior registration is required. The conversation will take place in English and will be translated in German. 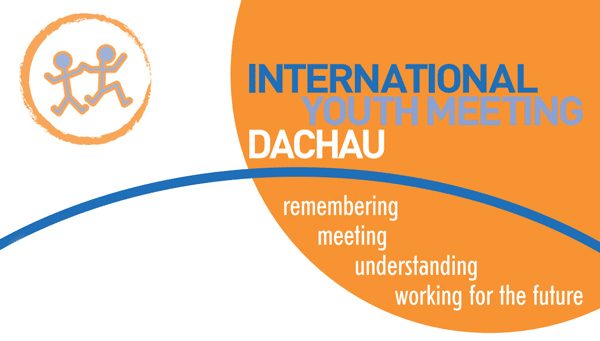 Each year young people from all
over the world meet in Dachau.
The CID supports this inspiring activity
by contributing to travel expenses.
Find more information on the website
04 May 2018

On the last friday of this month we honour those that died.

Commemorative ceremony of the 73rd anniversary of the liberation of the concentration camp of Dachau. April 29. 2018.

"Let us remember the Munich Conference in 1938, 80 years ago, that of dishonor and dilatory cowardice. "

Names Instead of Numbers

Invitation for the opening of the special exhibition on the 27th of April at 15,00

"Late April 1945, a train with nearly 3,000 deportees from the Mühldorf complex, an annex camp of the Dachau concentration camp, stopped in the station of the small town of Poing, only about 20 km from here,
The evacuation of these camps had begun shortly before. As, from Poing on, the railway line was no longer usable, the train remained blocked in Poing station
At first the atmosphere - at least for the local population – was of a deceptive calm.
A passer-by later recalled: "It was a beautiful sunny day and the SS were sitting on the embankment watching the prisoners. At about the same time, here in Munich, began the crucial phase of the "Freiheitsaktion Bayern" ("Bavaria Liberty Action"). The exact link between the insurgency attempt and the events taking place in Poing, is difficult to reconstruct
Any way, in the afternoon of April 27 or 28, the rumor that the war was over, circulated among the SS troops who were watching the train. Because of that, many SS guards left their posts, the doors were opened and the surprised prisoners thought they were free
They began to look for food and for that they also went to the village. The inhabitants later remembered that the SS guards informed them about the presumed end of the war and the release of concentration camp prisoners.
But when after about an hour,in Poing, it was clear that the news of the end of the war were false, the situation degenerated: suddenly, prisoners were no longer considered as being released, but as fugitives."

The award ceremony will take place on Saturday, March 17, at 17:00 in the auditorium of the